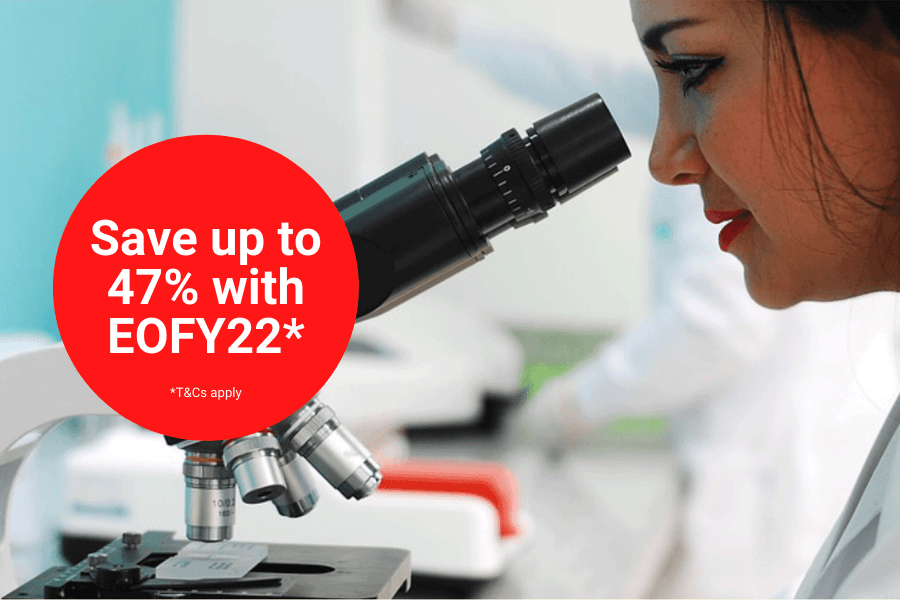 Advanced Certificate of Histopathology for Dermoscopy 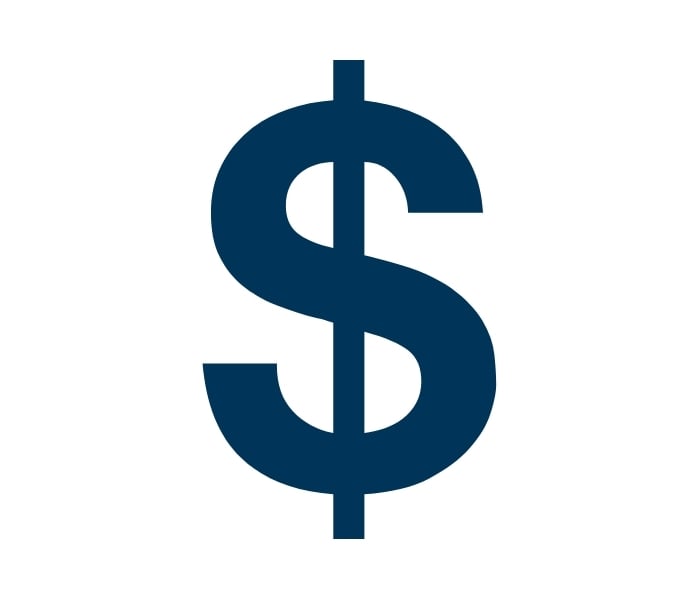 The Advanced Certificate of Histopathology for Dermoscopy course offers a comprehensive guide to the principles of dermatopathology and will help you understand and interpret pathology reports. Led by experts in the field, the course will develop your overall diagnostic skills to an accomplished level and teach you what dermatoscopic features correlate with histology slides.

The skills learned will improve your ability to communicate with dermatopathologists, potentially question reports that are inconsistent with your dermatoscopic findings and make predictions about the specific histological diagnosis. You will learn how to assess features of normal skin, melanocytic lesions, tumours, naevi and inflammatory conditions, and will be equipped will the know-how to apply this knowledge in the primary care setting. The Advanced Certificate of Histopathology for Dermoscopy is ideal for medical professionals who wish to better understand pathology test results which is critical for reaching appropriate diagnoses and planning treatment. The course is suitable for medical doctors as well as for International Medical Graduates. The course assumes that entrants have completed the Professional Certificate of Dermoscopy prior.

Participants do not have to pass an IELTS test but, as the courses are delivered in English, proficiency in listening, reading and writing in English is assumed.

Participants will require access to a computer/laptop, an internet connection and a basic level of technology proficiency to access and navigate the online learning portal.

The Advanced Certificate of Histopathology for Dermoscopy offers an excellent opportunity to enhance your knowledge of skin pathology, biopsies, histology and dermoscopy in order to diagnose and manage the majority of skin lesions encountered in primary care.

Module 1: Introduction and correlation cases
This module commences with outlining the histology of dermoscopy, comparing 10x and 400x magnification and continues with the diagnosis using biopsy and the step-by-step examination in the laboratory. The histology of the skin at different body sites is defined and illustrated. Photographic examples of several skin conditions are shown.
The module demonstrates the difference between melanoma and naevus, listing the symptoms of both. Clinical images are featured throughout the module. Dermatoscopic histological correlation is described. This module concludes with several patient cases, including diagnosis, treatment method and results.

Module 2: Non melanocytic lesions part 1
This module looks at the dermatoscopic methods of assessment of pigmented and non-pigmented skin lesions, including architecture and cytology. An overview of benign keratinocytic lesions is given. Clinical images are featured throughout the module. Conditions and symptoms are discussed.

Module 3: Non melanocytic lesions part 2
This module continues with malignant keratinocytic lesions, including the architecture and cytology. The main focus is on squamous cell carcinoma (in situ), keratoacanthoma and basal cell carcinoma. Symptoms and examples of these conditions are illustrated by images throughout this module. The module outlines other malignant skin lesions including symptoms and examples.

Module 4: Dysplastic nevus: Fact or fiction
This module describes dysplastic nevus, including the definition by the World Health Organisation, showing images of these atypical moles. The classification of melanocytic nevi, both congenital and acquired is included and underlined by images and study outcomes. BK mole syndrome, familial atypical multiple mole melanoma syndrome and dysplastic nevus syndrome are included, describing and comparing clinical appearance, histological features and grading. The module concludes with the describing how dermatopathology reports on melanocytic lesions assists with the diagnosis of naevus, melanoma or melanoma associated with a naevus.

Module 5: Specimen processing and correlation cases
This module begins with an overview of the tasks for the dermatopathologist and the clinician, providing appropriate information and specimens. Reasons for performing a skin biopsy are given as well as examples of appropriate biopsy specimens. The technical aspects and examples of punch biopsy, shave biopsy and elliptical biopsy are included. Meta-analysis of margins as well as comparison and risk ratios of different margins are given, illustrated by a chart of the relationship between surgical margins and recurrence rates. A description is given of both negative and positive histological margins. The module concludes with a classification chart of algorithmic decision systems using data and statistical analyses. Throughout this module many histology images are shown and some patient cases are discussed.

Module 6: Melanocytic lesions part 1 and correlation cases
At the beginning of this module the study methodology is given, including tables for classification of melanocytic skin lesions into five diagnostic categories. A standardized classification system should be used to improve clinical practice and pathologists need tools such as molecular markers to support pathologists’ visual assessments. The module lists some review articles and case studies to support learning. The module then compares junctional, compound and dermal naevi and lists the criteria of normal, common and banal naevi. It then lists the different types of melanocytic naevi, illustrated by clinical images of each skin disorder. The module concludes with a chart of algorithmic decision systems to classify patients for their eligibility for of a biopsy. Throughout this module many histology images are shown and some patient cases are mentioned.

Module 7: Melanocytic lesions part 2
This module explains the pathology of different melanomas, supported by histology images. It emphasizing the diagnosis of melanomas and prognostic indicators. Clinical histology images are shown throughout the module. An overview is given of several articles and studies to support the learning.

Module 8: Correlation cases and conclusion
This module commences with a chart of algorithmic decision systems to classify patients for their eligibility for a biopsy. Several case studies of pigmented skin lesions are mentioned supported by clinical images. The module concludes with the histology of dermoscopy and a chart of the three major divisions of the skin. A summary of the course content is provided.

*The individual offers and special rates cannot be used in conjunction with any other specials.

Your instructors are widely regarded as some of the leading experts in the field of skin cancer medicine and dermatopathology, including:

Professor Cliff Rosendahl currently works in Brisbane as a primary care practitioner with a special interest in skin cancer. He also has an interest in research as the clinical developer and Director of the Skin Cancer Audit Research Database (SCARD). His other main area of research has been in evaluating dermatoscopic clues and artificial intelligence for the diagnosis of  skin malignancy in collaboration with colleagues at the Medical University of Vienna, Austria.

Prof Rosendahl has published over 70 articles in peer-reviewed journals and authored/co- authored two textbooks. He has a busy schedule presenting to GPs in Australia and to GPs and dermatologists internationally. 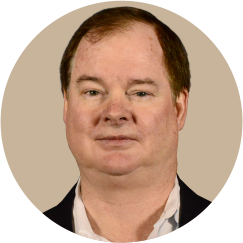 Honorary Lecturer in Pathology, The University of Queensland

Dr Simon Clark runs the pathology component of the postgraduate certificate courses in skin cancer medicine at The University of Queensland and lectures in the Masters of Medicine course. He has been involved in dermatopathology education for more than 20 years, training registrars in dermatology, pathology and plastic surgery. More recently he has been active in GP education. One of the best known dermatopathologists in Australia, Simon was recently appointed a visiting professor in dermatology at the Tehran University of Medical Sciences.

Upon registration, you will be able to access all learning contents immediately and complete the course online.

We offer a ‘start anytime online’ course structure, which gives flexible start and completion times for studies, as well as exam extensions, to fit in with busy schedules. You can enjoy the flexibility to study at your own pace, in your own time, within your home or office, and on your favourite mobile device. The modules are set up in such a way that you are not required to be online at specific times but can view and replay the video lectures at your convenience. With no travel, accommodation or out-of-office expenses incurred, you can build critical skills and tailor your career while working in a busy practice or raising a family.

What you get for your one-off investment:

Upon successful completion of the course requirements, you will receive a certificate of attendance for the Advanced Certificate of Histopathology for Dermoscopy. To learn more about the delivery of certificates in Australia and overseas, please visit our FAQs. 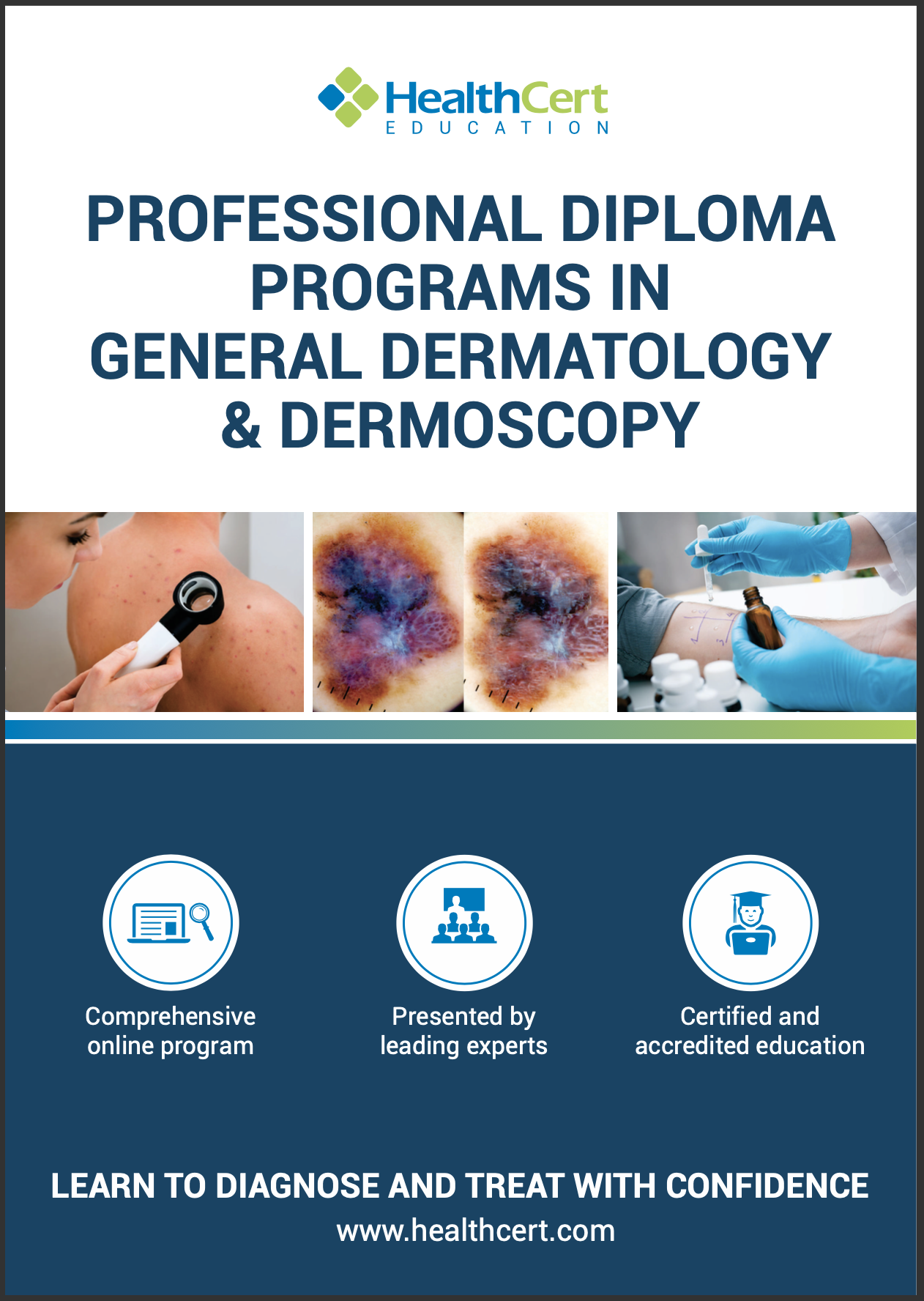 HealthCert Education is committed to providing top-quality education. To ensure this happens, we back all our courses with a unique satisfaction guarantee. 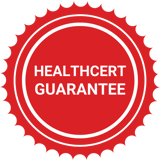 If within 7 days of course enrolment you are not satisfied with the course, get in touch with us to receive a full refund or attend the practical workshop again at no cost. No questions asked.
T&C’s apply: The request must be submitted in writing. Upon cancellation and full refund of your course enrolment, you will not receive a certificate or accreditation points. Practical workshops are only available with select courses. 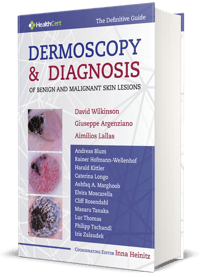 Developed in collaboration with the International Dermoscopy Society (IDS), the 540-page guide features real patient case studies, thousands of illustrations and practical advice on skin cancer diagnosis and treatment of a wide range of lesions on any body part, age group and skin type.

VIEW PICTURES FROM THE COURSE

We Are Here to Help. Get in Touch With Us!

Our Education Advisors can assist you with any queries and tailor your education pathway to suit your current expertise, interests and career goals. 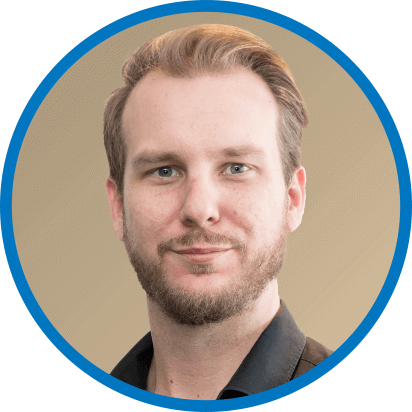 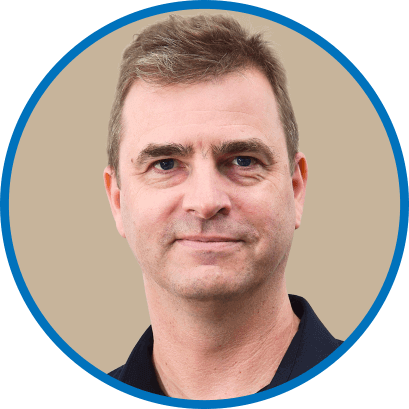 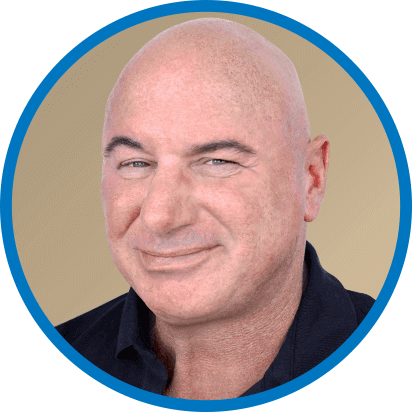 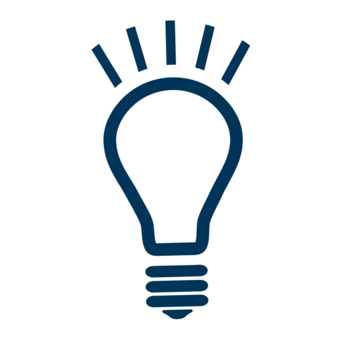 Join or Watch an Info Session

Chat With Us Online 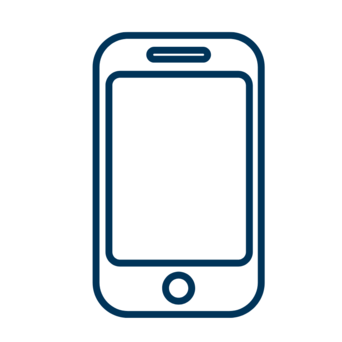 Speak to Us on the Phone 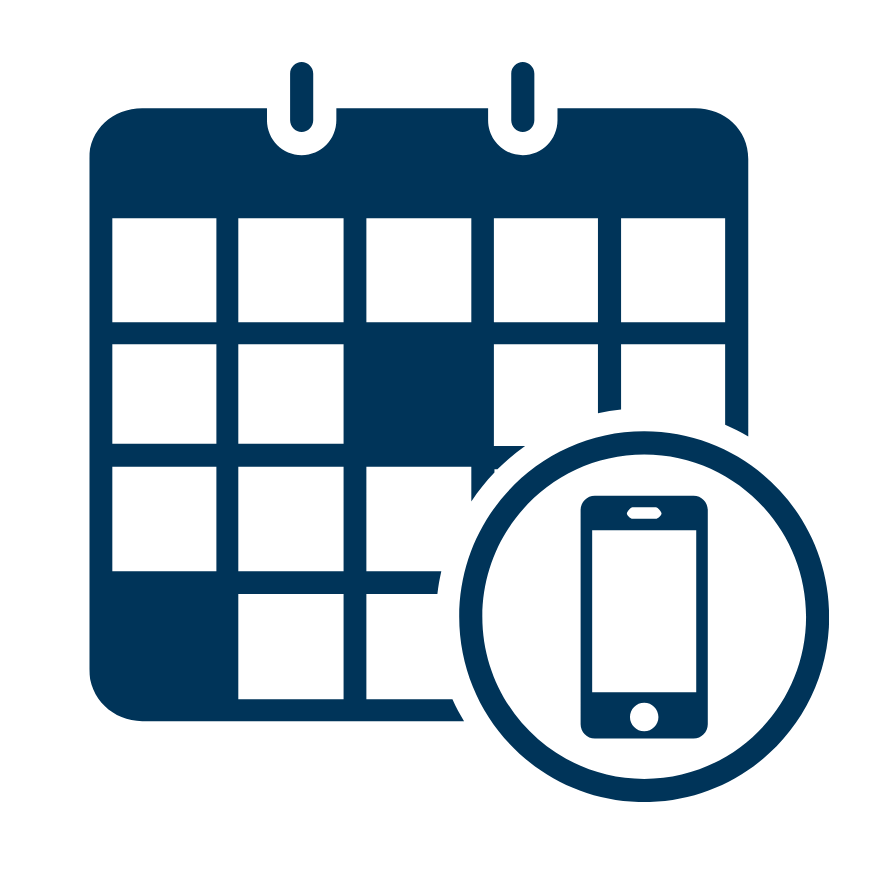 Schedule a Call Back